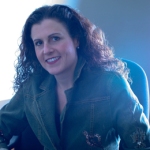 What possible good comes from a one-star review?

I promised last month that there was more.  That I would explain how the experience of being publically criticized can make us stronger.

Is the pain worth it?

No. 1 – Criticism Tests Our Passion

We must be passionate about writing.  We must really want it.  Why else would we subject ourselves to this insane process called publishing?

Think about it.  As writers, we are either the stupidest people on the planet, or we actually have a dream.  When we count up all the hours we spending outlining, writing, re-writing, editing, and trying to publish (not to mention marketing and networking) we’re earning less than minimum wage.  Throw in some harsh critics, and you’ll meet the ultimate test of your will.

Criticism brings us to that moment of reckoning.  That moment when we ask ourselves.  Is this gig really worth it?  I have a nice life.  A good job.  A stable family.  Why do I want to upset the apple cart?

It’s a beautiful moment.   A moment when some of us finally feel free.  When we wrestle with passion and look our dreams squarely in the eye and say, “I don’t care what people think!  I am in this race and I am going to finish!”

No. 2 – Criticism Tests Our Relationships

I need to correct myself.  I actually do care what people think.  Granted, that group is much smaller than it used to be, but there is a core group of people that I don’t want to disappoint.  Like my husband.  My immediate family.  My closest friends.

The silver lining?  In addition to shoring up my closest relationships, I actually met some new friends in the process – people who came along side me and defended me just because I stuck my neck out there.

No. 3 – Criticism Starts A Dialogue

Why do we write in the first place?  So that everyone will agree with us?  I think not!  Don’t we want people to wrestle, to debate, even disagree?

In my case, Chasing Superwoman is a faith-based memoir about being a working mom and trying to do it all.  Nothing like hitting a few hot buttons all in one sweep.  Parenting?  There are few subjects we feel stronger about.  The choice for mothers to work outside the home?  Now, I’m really getting personal.

The point isn’t whether my readers agree or disagree.  The point is that I’ve made them think.  Don’t I want to start a dialogue?

I’d like to introduce you to my Amazon buddies.  Five women I’ve never met before went on Amazon and wrote responses to the one-star review.  Several of these women sent me encouraging notes and personal emails.  One of these women became my Facebook pal, and another startedher own blog.  These are the kind of fans writers dream of – all because of a one-star review!

Are you ready to test your passion, test your relationships, and start a dialogue?

Why are we really writing?  Who are we trying to please?  And don’t we want people talking about our work?

Susan DiMickele loves coffee, red wine, and dark chocolate. She’s been married for almost 20 years, and has three children. In 2010, she released her memoir, Chasing Superwoman:  A Working Mom’s Adventures in Life and Faith.  She is a contributing editor at The High Calling. Susan blogs on http://www.susandimickele.com/ as the “Working Mom’s Devotional” where she asks God to help tackle tough issues —  including guilt, child-rearing, and multi-tasking addictions.

2 thoughts on “Blessings From A One-Star Review”

This site uses Akismet to reduce spam. Learn how your comment data is processed.